I travelled to Christchurch New last week for work related to reconstruction of their transport system after the February 2011 earthquake. I was heading out to the airport early on the morning of my flight back, when I noticed obvious lenticular clouds over the city.

I got my Blackberry out when I was on the plane at the gate and took a few photos, but they didn’t come out very well. However, I got some better shots from the air, as we crossed the alps.

While the phone-camera isn’t the best, the photos are good enough to show the characteristic curved tops of the lennies and to show some stacking of the clouds. Pretty neat.
Being a Saturday, I expected to see some wave flights on the Online Contest (OLC), but there appears to be no flights in NZ that weekend (there was a fair bit of other cloud about, so that may have shut things down). 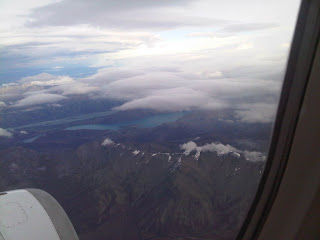 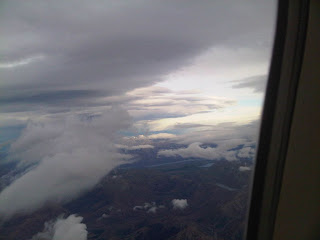 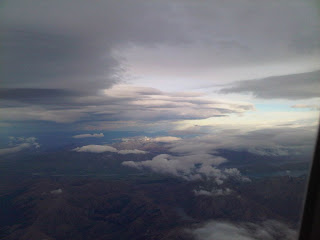